Tomorrow is November 5, and in the UK marks the 415th anniversary of the fateful day in 1605 when Guy Fawkes and 12 conspirators planned to blow Parliament to smithereens. Thankfully, their traitorous actions were thwarted, the British monarchy and governing Parliament saved. To this day, patriotic citizens celebrate the failed “gunpowder plot” with bonfires, parades, fireworks, and more. Even those who have developed a distorted view of Fawkes as a folk hero symbol of rebellion still join into the fun. To commemorate a historic event which would have been seriously attended to by Jane Austen (note the Fun Fact below), here follows a bit of history and tips on how to celebrate Bonfire Night, if so inspired. 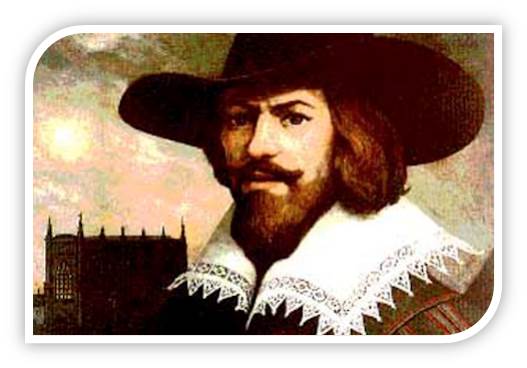 Guy Fawkes was born in April 1570 in York. Although his immediate family were all Protestants, in keeping with the accepted religious practice in England at the time, his maternal grandparents were ‘recusant’ Catholics, who refused to attend Protestant services. When Guy was eight, his father died and his widowed mother married a Catholic, Dionis Baynbrigge.

When twenty-one Fawkes sold the estate his father had left him and went to Europe to fight for Catholic Spain against the Protestant Dutch republic in the Eighty Years War. His military career went well and by 1603 he had been recommended for a captaincy. In the same year, he travelled to Spain to petition the king, Philip III, for support in fomenting a rebellion in England against the “heretic” James I. Despite the fact that Spain and Britain were still, technically, at war, Philip refused.

While on campaign fighting for Spain, Fawkes was approached by Thomas Wintour and asked to join what would become known as the Gunpowder Plot, under the leadership of Robert Catesby. Catesby believed that violent action was warranted to stop those who were making life difficult for Catholics. Indeed, his plan was to blow up the Houses of Parliament, assassinate the King, maybe even the Prince of Wales and many Members of Parliament in the process. Fawkes leapt at the chance.

Thirteen conspirators plotted for eighteen months. Fawkes expertise with gunpowder gave him a key role in the conspiracy: to source and ignite the explosive. Days before the arranged explosion, one of the conspirators gave in to second thoughts and wrote a letter of warning to Lord Monteagle. Alerted, the King’s forces stormed the Parliament cellars in the early hours of November 5, 1605. They discovered Fawkes waiting with 36 barrels of gunpowder stacked directly below where the king would have been sitting for the opening of parliament the next day.

[su_box title=”GUY FAWKES FUN FACT” style=”bubbles” box_color=”#8e4a3c” title_color=”#292822″]Guy Fawkes was an experienced soldier, although not by fighting for his country. He fought for the Spanish against the Dutch in the Netherlands, gaining experience with explosives.[/su_box] 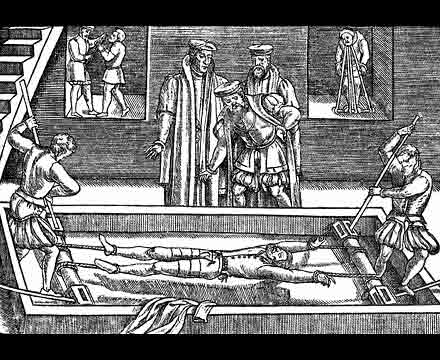 Guy Fawkes was subjected to various tortures, including the rack. Torture was technically illegal, and James I was personally required to give a license for Fawkes to endure its ravages. While just the threat of torture was enough to break the resolve of many, Fawkes withstood two days before he confessed and named everyone involved. The signature on his confession was that of a shattered and broken man, the ill-formed letters telling the story of a someone who was barely able to hold a quill.

Leader Robert Catesby was killed evading capture. Fawkes and his co-conspirators were tried and sentenced to the traditional traitors’ death: to be hanged, drawn and quartered. On January 31, 1606, as the last man to climb the gallows steps, Fawkes either jumped or weakly fell (it is unclear), breaking his own neck and thereby avoiding the horror of being cut down while still alive for the “drawn” portion of the sentence. His lifeless body was hacked into quarters and his remains sent to “the four corners of the kingdom” as a warning to others.

[su_box title=”GUY FAWKES FUN FACT” style=”bubbles” box_color=”#8e4a3c” title_color=”#292822″]Upon his arrest, Guy said his name was “John Johnson.” He signed his confession “Guido Fawkes”, a name he used while fighting for the Spanish and which he preferred. Alas, neither pseudonym prevailed over his birth name in infamy.[/su_box]

Guy Fawkes instantly became a national bogeyman and the embodiment of Catholic extremism. It was a propaganda coup for the Protestant English and served as a pretext for further repression of Catholics that would not be completely lifted for another 200 years.

In 1606, one year after the failed assassination attempt, an Act of Parliament designated each November 5 as a day of thanksgiving for “the joyful day of deliverance.” Londoners were encouraged to light bonfires and celebrate the King’s salvation. Although the Act was repealed in 1859, Guy Fawkes Night, also known as Bonfire Night, has become a tradition adhered to for 415 years.

The original cellars where Fawkes hid his gunpowder were largely destroyed during a fire at the Palace of Westminster in 1834. Nevertheless, to this day, on the morning of the State Opening of Parliament each year, the basement of the Houses of Parliament are searched by the Yeomen of the Guard for explosives. While primarily a ceremonial process based on tradition, the possibility of a nefarious repeat plot is taken very seriously by those who are sworn to protect the British government.

Celebrations have varied over the decades, and from place to place throughout the British Empire. Some people gather in small groups for semi-quiet parties, but most cities and towns host Bonfire Night events including parades, fireworks to simulate the explosions that thankfully did not occur in 1605, and the all-important effigies of “guy” and other political figures burned in the bonfires.

One of the most famous celebrations takes place in Lewes in East Sussex, where a number of bonfire societies, each with their own special traditions, host festivities across the city.

Naturally, as with any good celebration, food plays a major part of the fun. Traditional foods also vary, of course, but standard fare dating to the beginning include baked potato jackets, toffee apples, sausages and marshmallows cooked over the open flames, black or parched peas, treacle toffee, and the absolute must: Parkin Cake.

[su_box title=”GUY FAWKES FUN FACT” style=”bubbles” box_color=”#8e4a3c” title_color=”#292822″]In honor of ex-pupil Fawkes, his alma mater St. Peter’s School in York is the only place in England that forbids all celebrations on November 5.[/su_box]

Through the centuries, the Guy Fawkes legend has become ever-more entrenched. By the 19th Century it was decided that Guy’s fate wasn’t good enough and that he should be burned on the bonfire every year. So the tradition of burning “Guy” effigies became part of the festivities. “Guy” effigies were (and still are) made by stuffing old clothes with paper and then adding a mask to the head as a final touch. People would parade the “Guy” through the neighborhood in a wagon or pram or chair, asking for “a penny for the Guy.” Some historians speculate this custom contributed to Halloween dressing up and trick-or-treating.

[su_box title=”GUY FAWKES FUN FACT” style=”bubbles” box_color=”#8e4a3c” title_color=”#292822″]We can thank Guy Fawkes for the custom of using “guy” for a man whose name we don’t know.  Originally, “guy” meant a man who was funny looking and badly dressed – like the “guys” that the children made – thus it was not a compliment!  Over the decades “guy” lost its negative meaning and now is a generic term.[/su_box]

Strangely, and unfortunately in my personal opinion, in the twentieth-century, Fawkes’ reputation as a traitor was re-imagined by cynics as “the only man ever to enter Parliament with honest intentions”. This bizarre concept of Fawkes as a revolutionary “hero” was reinforced in the 2006 film V for Vendetta, based on the comic novel by Alan Moore, wherein the character V wears a Guy Fawkes mask. Members of the Internet group Anonymous – famed for initiating online civil disobedience – have also incorporated this twisted symbolism by appearing in public wearing the Guy Fawkes masks popularized by the comic book and film (see image below).

I never saw the movie and know nothing about internet hacking groups, so can’t comment on either specifically. What I can assert, as a proud patriot of the USA, is a natural disgust for spinning any terrorist actions or plots into something heroic. That made clear, the modern Fawkes mask is super cool looking!

If you live in the UK, share with us how YOU celebrate Bonfire/Guy Fawkes Night.
And, are those Parkin Cakes as yummy as they look?
That is one recipe from merry old England I am definitely gonna try!

← Masks of the Past, by Cinnamon Worth
Unwrapping the Aristocracy, by Elaine Owen →

8 Responses to Remember, Remember the Fifth of November, by Sharon Lathan