Yes, today is my birthday. I am now 59 years old, meaning I was born in 1962. Strange to think I will be 60 next year when I truly do not feel that old. Well, some days I do, to be honest, but generally speaking my body is doing all right and my brain functions adequately. I can’t wrap my head around the fact that I am now older than my grandparents were when I was a kid! When one is a youth, anyone over forty seems ancient, am I right? Yet here I am and “ancient” is a word I refuse to accept in regards to me!

Whatever the age-related label one applies, birthdays are always fun so I intend to enjoy my day, including celebrating here on Austen Authors and on my blog. As typical, I’ll share some historical facts about birthdays, but first an homage to me and the two people who brought me into this world.

Ah, the memories!! I could share others, but I don’t want this blog to turn into a version of a boring family photo or vacation slideshow. LOL!! What was interesting to me as I sifted through old photos was that I found none of me celebrating a birthday. I have vague memories of birthday parties from my childhood and can even remember special gifts I received, but nothing major or vivid stands out. I suspect that this is in part due to the memory fading but more than likely it is because we were a simple family with modest funds living in a very tiny mountain town. Meaning, birthdays and other special occasions were celebrated, just not with the flash and pomp as is often seen today. I remember mom making cupcakes and bringing them to school, the party logically held where literally every kid I knew already was! Knowing my mom and the tradition I carried on with my children, I am sure she made a cake and my favorite dinner meal, after which I’d receive one or two presents.

The reality of my understated birthday parties provides a nice segue into the history of birthday celebrations. 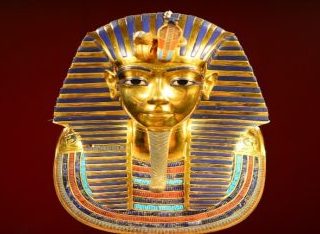 It must first be noted that until a culture devised a standardized format for measuring dates, ie- a calendar, it was impossible to mark a person’s date/day of birth. Various methods of marking time existed along the way, but there was nothing resembling uniformity until fairly recently. So even IF a culture recorded the birth of an important person, it was vague and unlikely to correlate precisely with any kind of modern calendar.

Paying homage to the birth date of a person appears to trace to the ancient Egyptians, although it wasn’t marking the physical birth from one’s mother. Egyptian pharaohs were considered “birthed” as a god when they were crowned. In Genesis 40: v20, “And it came to pass the third day, which was Pharaoh’s birthday, that he made a feast unto all his servants: and he lifted up the head of the chief butler and of the chief baker among his servants.” Scholars regard this passage as the earliest mention of a birthday celebration, the occasion specifically Pharaoh’s coronation.

This idea of deeming pharaohs as gods worthy of worship and celebration led to many of the associated traditions we see today. For instance, moon-shaped cakes adorned with candles were offered to the Greek lunar goddess Artemis. The Greeks, and other ancient cultures, also believed smoke carried their prayers to the heavens so the modern tradition of making wishes before blowing out your birthday candles may be traced to this belief.

To many pagan cultures, birthdays were considered a time when the bad spirits were able to harm you as this day changed a person’s life. It was believed that the only way to keep the bad spirits at bay was to have your friends and family around you with their good wishes and present giving. At these protective gatherings, people would use crude noisemakers to scare off the evil spirits lurking about. The custom of lighting candles and torches also began, people believing that gods lived in the sky and a fire light that is later extinguished would send a sign to these gods.

The idea of spirits was also a focal point for the Greeks, however they believed everyone had a protective spirit present at their birth. This same spirit formed a mystic relationship with the person and continued to watch over them during their lifetime. By celebrating the day a person was born, it recognized the closeness of this spirit and enforced the protective connection.

The Romans are believed to be the first civilization to celebrate birthdays for friends and families simply for the joy of paying homage to a loved one. They did this with lavish parties where they would shower the birthday boy with gifts, thus starting the history of birthday presents. And, yes, the word “boy” is on purpose as the birth of a female was not celebrated. Additionally, the Roman government created public holidays to observe the birthdays of famous citizens and special events. On the 21st of April, Romans celebrated Natalis Urbis to mark the birth of Rome City in 753 B.C. Noting one’s 50th birthday was also a major event to the Romans. These adult celebrations included lots of food and liquor, but also sacrifices to the gods, a tradition I think we can all agree was best to leave in the past!

Due to the belief that humans are born with “original sin” and the fact that early birthdays were tied to “pagan” gods, the early Christian Church considered birthday celebrations evil. Around the 4th century, Christians began to celebrate the birthday of Jesus as the holiday of Christmas, probably as a counter to the Roman holiday of Saturnalia rather than a deeply held conviction in honoring the birth of Christ. This shift in thinking opened the door to celebrating birthdays for people, but it was a very slow transition. During the Middle Ages, celebrating a birthday was rare and usually only allowed for royalty or the very wealthy and important.

The Reformation brought the biggest change as the recognition of one’s birthday began to be more common. The Germans created birthday celebrations called kinderfeste in the 1700s, these held for children exclusively and included a cake with a single candle on top to symbolize the child’s “light of life.” The kinderfeste tradition was for children, but celebrations for adults were not unheard of. In 1746, German Count Ludwig Von Zinzindorf celebrated his birthday with an extravagant festival, including a cake and candles: “…there was a Cake as large as any Oven could be found to bake it, and Holes made in the Cake according to the Years of the Person’s Age, every one having a Candle stuck into it, and one in the Middle.”

Over the centuries, birthday celebrations and varied traditions arose in just about every country around the globe. Party ideas were borrowed, such as candles and cakes and presents, but each culture created their own unique traditions: piñatas in Mexico, birthday pie and ear pulling in Russia, a longevity noodle in China, and smearing a nose with butter in Canada, to name a few.

The melody of “Happy Birthday to You” comes from the song “Good Morning to All” written and composed by Kentucky siblings Patty Hill and Mildred J. Hill for children in their kindergarten classroom. In 1893 they published the tune in their songbook Song Stories for the Kindergarten with Chicago publisher Clayton F. Summy. Almost immediately the tune and lyrics became the subject of copyright disputes claiming the sisters did not write them, but these early challenges were struck down.

It’s unclear who wrote the words of the song we are so familiar with. The complete text first appeared in print as the final four lines of Edith Goodyear Alger’s poem “Roy’s Birthday” published in A Primer of Work and Play in 1901. Then, in 1911, the words of “Happy Birthday to You” were published with the Hill sisters’ tune (replacing the original lyrics) in The Elementary Worker and His Work. This was the first of several publications and recordings over the next two decades, including a 1933 Irving Berlin musical. The success of the song led the Summy Company, on behalf of the still alive Patty Hill, to sue as the copyright owner. The case was won in court but would be met with dozens of challenges from the US and England over the decades to follow. None were successful, meaning the song we’ve all sung thousands of times could not legally be recorded or printed without permission, and paying a hefty royalty! Finally in 2015 the US copyright was successfully nullified, with “Happy Birthday To You” deemed in the public domain. Wikipedia has a detailed rundown of the legal disputes.

← The Importance of Humor, by Gianna Thomas
The Dreaded RED Pen!! by E.M. Storm-Smith →
5 1 vote
RATE THIS POST!
SUBSCRIBE (optional)
Connect with
Connect with

Sorry I missed the opportunity to wish you a Happy Birthday in a timely manner! Hope it was a great day! Loved the pictures!

You were a beautiful baby. Best wishes for more happy birthdays.

Happy Birthday! Thanks for sharing your day with us. I am late to the part so the celebration continues. What a lucky lady, you are. Blessings for many more.

I’m happy you enjoyed your day and thank you for sharing your memories. I do remember having a few parties when I was in junior school, these consisted of a few friends invited for tea with sandwiches and jelly, games including pass the parcel and statues and my Dad setting off a few fireworks (my birthday being close to November 5th, bonfire night).
I will be 70 in a few days so I would definitely rather go backwards. I do have a few health issues but one was sorted and hopefully the next won’t be as bad as it could be (fingers crossed).
My daughter and family will hopefully be able to visit from Oz next year so we could celebrate then, in the meantime I will have a meal cooked by my son and will celebrate with their five year old twins! 🙂

Happy Birthday!,?? Wishing you a wonderful day and joyous year. Take care of yourself! Lovely photos and memories of your family.

What a fantastic post and happy happy happy birthday to you. I hope you have had a wonderful day. Thanks for all you do.

Happy Birthday! I hope you have a great day!

Thanks Chelsea! Having a great day. Watched Fellowship of the Rings for the thousandth time, but this one with new speakers from my husband. Awesome!

Adorable photos! Happy birthday! Interesting that birthday celebrations used to be considered evil. That’ll make you feel guilty for taking a day off and having a slice of cake.

Cool! Not much into astrology, so almost forgot I am a Scorpio. LOL!! Thanks Linda. ?????

Happy Birthday!! Wishing you health, joy, and a year ahead packed with adventures!

Thanks Amy! I think I’m a bit old for too much adventure, but then again, maybe its time! LOL!!

Happy birthday!
That was a really interesting post, and I learned a lot.
Here’s to a wonderful year ahead.???

Thank you Riana! If I can pass on even a small bit of education, I am content. Another birthday present! ?????

Happy Birthday!! What an interesting blog I never knew so much about birthdays!lol I sometimes feel my age(50) but as you said I won’t use the word ancient either!lol

Thank you, Cindie! There is always a fascinating history behind everything, I have discovered. ?????